If you start hearing animal noises in your home that you have never heard before, like scratching in your walls, it could be an indication that you have a wildlife problem. Before the problem gets out of hand, we can help you identify what those weird animal noises are.

Many wildlife that resides in your home is nocturnal, which means they are only active during nighttime hours or when the sun is just starting to come up. Nocturnal animals that could be making noises in that attic include

If you hear an animal in the attic scratching at night, the sound is likely coming from a nocturnal animal. Knowing this can help you narrow down the culprit of the animal noises. Some wildlife is diurnal, which means they are mostly active during the day. Squirrels are diurnal animals. Other animals may display crepuscular activity, which means they are active during the twilight hours at sunrise and sunset. 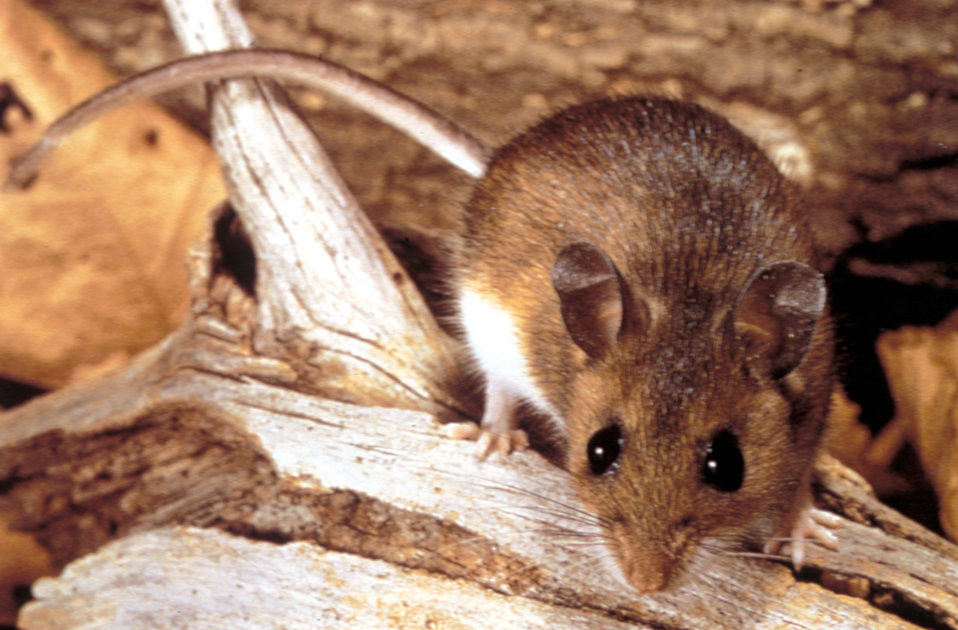 We receive a common question: "what do mice in the attic sound like?" Mice are nocturnal animals, so you'll most likely hear them in the evening through nighttime hours. You will likely hear them scurrying through your walls and in your ceiling. You could also hear small squeaking sounds or scratching.

Mice are quiet animals, so the sound you're most likely to hear is them running about along your baseboards, walls, and floors.

It's important to catch mice as soon as possible, because they will chew up the furniture and occasionally gnaw on wires, creating a fire hazard in your home. Mice also leave behind droppings which soil the insulation. Urine can leak into your drywall. The problem continues to escalate the longer you leave it, so if you hear mouse noises in the house, give our team a call right away!

Squirrel sounds are similar to mouse sounds, but squirrels are active during the daytime. Squirrels are also a little heavier than mice, so their sounds might come across louder. If you hear running, scratching, or scurrying during the day, you are likely hearing squirrel noises.

Places you may hear squirrel noises include:

Squirrels will tear your insulation for their bedding and bring debris from the outdoors inside, which can attract other wildlife and bugs. Squirrels are also known to leave their food in piles around your home and make nests to keep themselves cozy in the cold winter months. The longer you leave squirrel noises in the attic unattended, the worse the problem gets. If you suspect squirrels in the attic, give our team a call right away!

What does a bat sound like in the attic?

Did you hear a strange noise upstairs and wonder to yourself, "what does a bat sound like in the attic?" Bat sounds are similar to rodent sounds. Bats are nocturnal, so any noises you hear from bats will likely be at night. It can be hard to distinguish bat sounds from rodent sounds, so the best way to find out if you have a rodent problem or bat problem is to look outside in the evening and look for bats flying in and out of your home.

If you're close enough to the bats, you may hear squeaking, flapping, or thumping.

If you hear a loud thump upstairs, you may be wondering, "what do raccoons in the attic sound like?" Raccoons are one of the loudest animals you'll hear in your Kansas City Metro home. Weighing on average 40 pounds, they thump around and make quite the ruckus. Common raccoon noises in the attic include:

Raccoons in your chimney are another common problem. Raccoons make messes in your home with their latrines which can be harmful to you and your family. Latrines are piles of feces that the raccoons leave in one place, which can affect the drywall, insulation, and structural integrity of your home.

You'll know you have a bird problem in your Kansas City Metro home if you hear their daytime activity. Starlings are the most common culprit in Kansas City Metro homes. They are quite loud when they fly into your attic walls or bump into your louver. Birds will make nests in your attic if left unattended, resulting in many droppings. The most common place that birds get in through your home is through uncovered or damaged vents. When Critter Control of Kansas City Metro comes to take care of your bird problem, we will ensure that your home is sealed from any possible bird entry points after removing the current bird infestation.

Opossums are a very common pest around the Kansas City area. They can typically be found near houses with overflowing trash cans or by residents that leave pet food outside. Often times people discover opossums in their house through smell, as they defecate more than other mammals. However, they still make noises and can be heard growling, clicking, thumping around, or most commonly hissing.

If you aren't sure what the cause of the weird animal noise is, not to worry--the experts at Critter Control of Kansas City Metro can determine the wildlife problem that your home is facing. Critter Control of Kansas City Metro will find all points of entry, remove the animals, repair points of entry, and put measures in place to help prevent future animal control problems. Contact us today for help with your wildlife sounds! Kansas: 913.912.8985 or Missouri: 816.654.6922