Are gulls known to enter homes or yards?
Gulls generally avoid coming inside buildings but do not hesitate to fly into yards or public spaces where food is available. Birds desensitized to human presence may even be bold enough to steal food from picnickers or people eating meals on patios at outdoor cafes. In the wild, most types of gulls prefer to nest in colonies on rocky beaches. Although the birds are best suited to life along shorelines and coastal waters, they are often seen in garbage dumps, on boardwalks, in parking lots, on rooftops, and wherever people feed them. The clever birds exploit available resources and will return to wherever they find food consistently available. Gulls are sometimes found inland living in farmer's crops and residential areas, as well. The birds can be seen nesting on rooftops in urban areas, as well.

Do gulls harm people or property?
When gulls nest on rooftops or chimneys, they can damage air filters, clog drains, and corrode metal equipment and paint finishes with their feces. Nesting gulls also have a tendency to dive-bomb people and pets. Common diseases carried by the birds include salmonella, campylobacter, cryptosporidium, giardia, and E. coli. In areas with beaches and boardwalks, gulls become nuisances when they aggressively steal food and defecate indiscriminately. 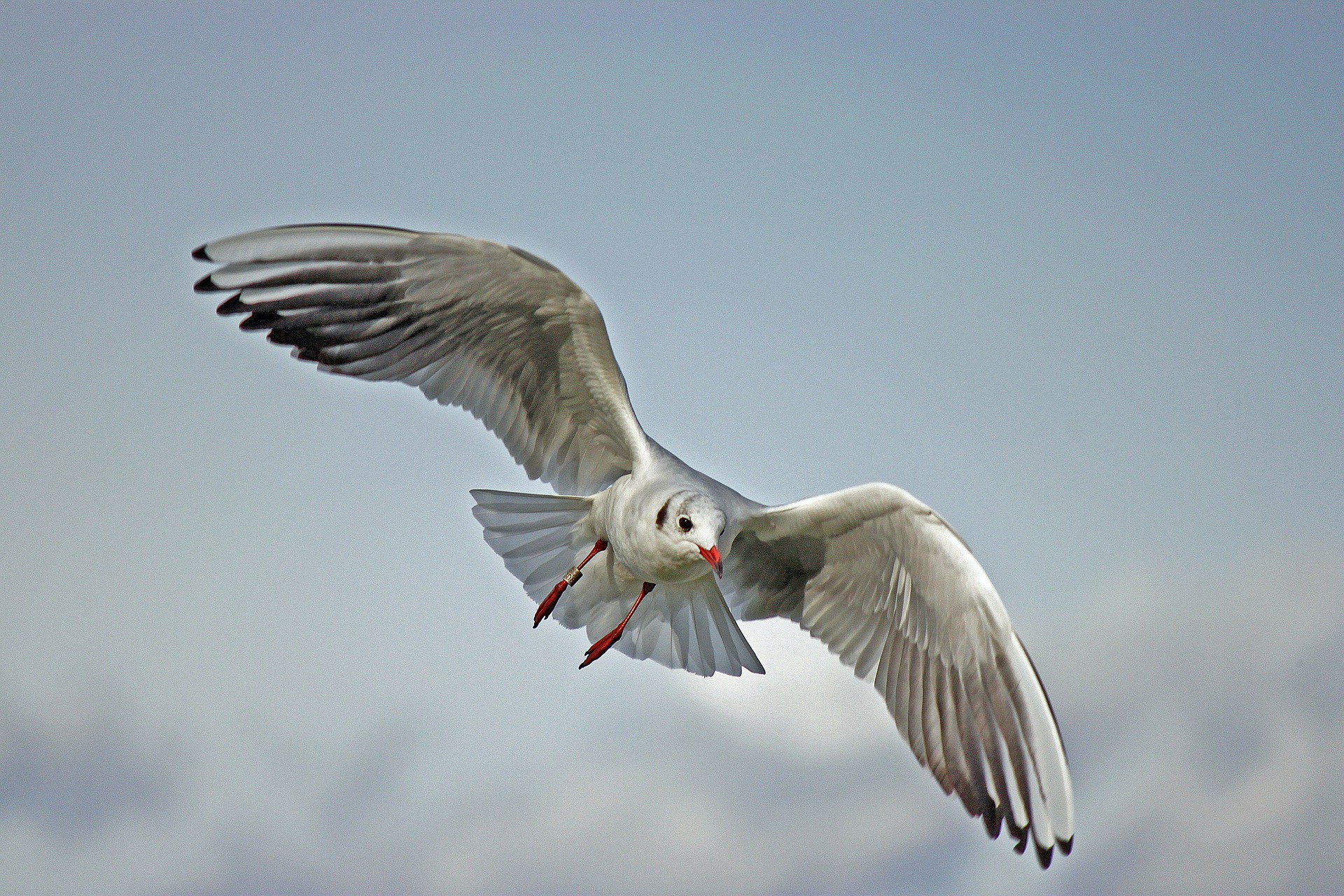 Strictly enforcing feeding restrictions and removing access to other sources of food is the most effective way to control gull presence. Running reflective tape, playing recorded gull distress calls, or erecting fake owls, kites shaped like hawks, and fake coyotes can all be practical means of control as these scare the birds away. Finally, if gulls become fond of roosting on rooftops and chimneys, setting up bird spikes can be a helpful deterrent.

Seabirds, such as ring-billed and herring gulls, are federally protected under the Migratory Bird Treaty Act, which prohibits individuals from hunting, trapping, removing, or interfering with the nests of gulls without federal permits. If traditional frightening or exclusion tactics fail, individuals should call Critter Control of Kansas City to deal with problematic birds.

Request a Quote
Gulls
Gulls are seabirds. They are most closely related to the terns, and more distantly to the waders, auks and skimmers. The term gull refers to members of a group of 23 North American bird species that belong to the family Laridae, subfamily Larinae. Have a gull problem? Contact Critter Control of Kansas City today! (913) 912-8985
Call For A Fast & FREE Phone Estimate Today
913.912.8985
(No Cats & Dogs)