If an animal has died in your home, the area is susceptible to odors, bacteria, and bugs. Dead animal removal is essential to getting your home back to normal. If you're wondering who removes dead animals from homes, look no further than Critter Control. In addition to the strong odor left behind, signs of dead animals in your Kansas City Metro home include stains on the ceiling and walls and an increase in insect presence.

How do you know if an animal has died in your home?

The easiest way to know if an animal has died in your home is to use your nose. Dead animals leave behind a strong odor as their bodies decay in your home. If you follow your nose, you can usually find where the dead animal is to plan for the dead animal's removal. Keep in mind the carcass could be behind a wall or in a vent. The dead animal will continue to smell until it has completely decayed or it has been disposed of. However, keep in mind a decaying body attracts bugs, which can create a new problem in your home

Deceased animals leave a horrible scent in your home. Factors that can affect the smell include:

Size of Animal: Large animals produce more odor because they have more flesh. Small rodents such as mice and rats produce less odor than large animals like raccoons. 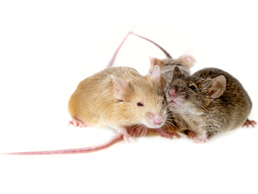 Stage of Decomposition: As an animal starts to decompose, the odor gradually increases. Once the body is dried out and has been eaten by maggots, the odor will decrease.

Location of Animal: When an animal dies in a low-ventilated area, it takes longer to decompose than when it dies in an area with high-ventilation.

Time of Day: As the air heats up during the day, it rises, so you may not smell the odor as much as you do in the evening when it is cooler.

How do you get rid of dead animal smell?

When the team at Critter Control of Kansas City Metro comes to remove the dead animal from the attic or other area of your home, we will also be sure to eliminate the odors left behind with it. Not only do deceased animals leave a horrible smell in your home, but decayed animal bodies can also lead to other problems such as insect infestations, health hazards, and diseases. Our experienced specialists will remove the carcass from your attic and purify the air with special deodorizers and neutralizers. We have special pet-safe odor eliminators and commercial disinfectants to be sure the smell, bugs, flies, and bacteria are all eliminated.

Dead Animal in the Vent

Sometimes animals die in tricky places. Dead animal removal from the vent or walls is not an easy task without professional tools! If you have had wildlife die in your vent, walls, or another hard-to-reach place, we can take care of it. We will carefully cut through the drywall and remove the wildlife. Then, we will deodorize and sanitize the area, and finish by repairing our cuts.

Dead Animal Removal Under the House